LA BOTTEGA by Adriano Grosoli since 1891, already recognized as a Historic Shop in 2014,  offers the best products of the Modena tradition and a wide range of Italian excellence.

Balsamic Vinegar of Modena, Lambrusco wine, Parmigiano Reggiano cheese represent the heart of the Bottega, as was the case back in 1891.

At that time, Adriano Grosoli and his three children managed La Premiata Salumeria of Adriano Grosoli, a delicatessen that was a meeting point for anyone who used to leave the city of Modena and head for the countryside and the nearby Apennines.

There you could find tasty cured meat and cheese, but also Balsamic Vinegar and Lambrusco wine, all produced by the Grosoli family with passion, after a careful selection of the best quality raw materials.

You could buy them or eat them on site, in the adjacent restaurant. 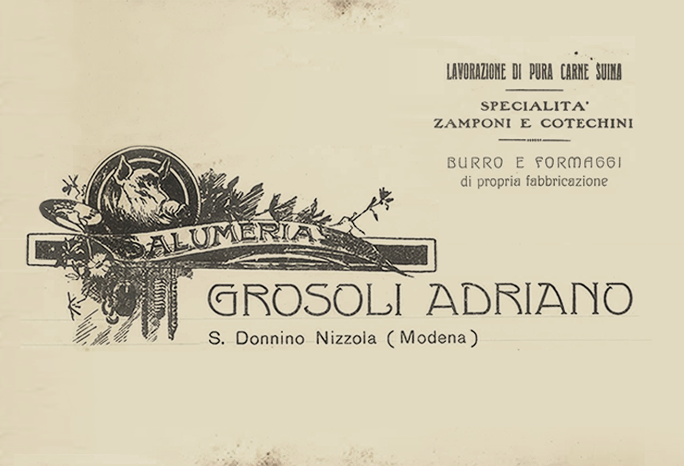 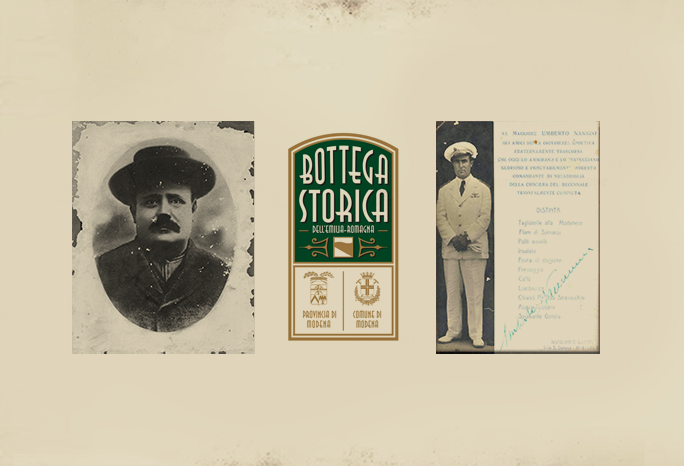 In the 1930s, La Premiata Salumeria became a restaurant, hosting convivial banquets (as it can be seen in the menù of a dinner organized in honor of the Air Force Major Umberto Nannini) and witness of the ritual early-season meeting between Enzo Ferrari and Nuvolari.

After the war, Adriano’s son, Mario, moved the shop to Modena, where his grandson Adriano had also entered: with his wife Luciana, following the family tradition, they continued to offer highest quality typical products, ready-made dishes (like gnocco fritto, cod and polenta), tortellini and tortelloni, cakes and desserts served with courtesy and experience.

In 1974 a new entrepreneurial turning point: Adriano decided to devote himself exclusively to the production of the agri-food product which was the symbol of the city of Modena: The Balsamic Vinegar.

However, Adriano never stopped thinking about the history of his family and his experience in the shop, the Bottega. Then, with the support of his daughters Mariangela and Alessandra,  he reopened the old Bottega of his grandfather, in a new and modern key: the online sales of the exquisite Modena gourmet food.